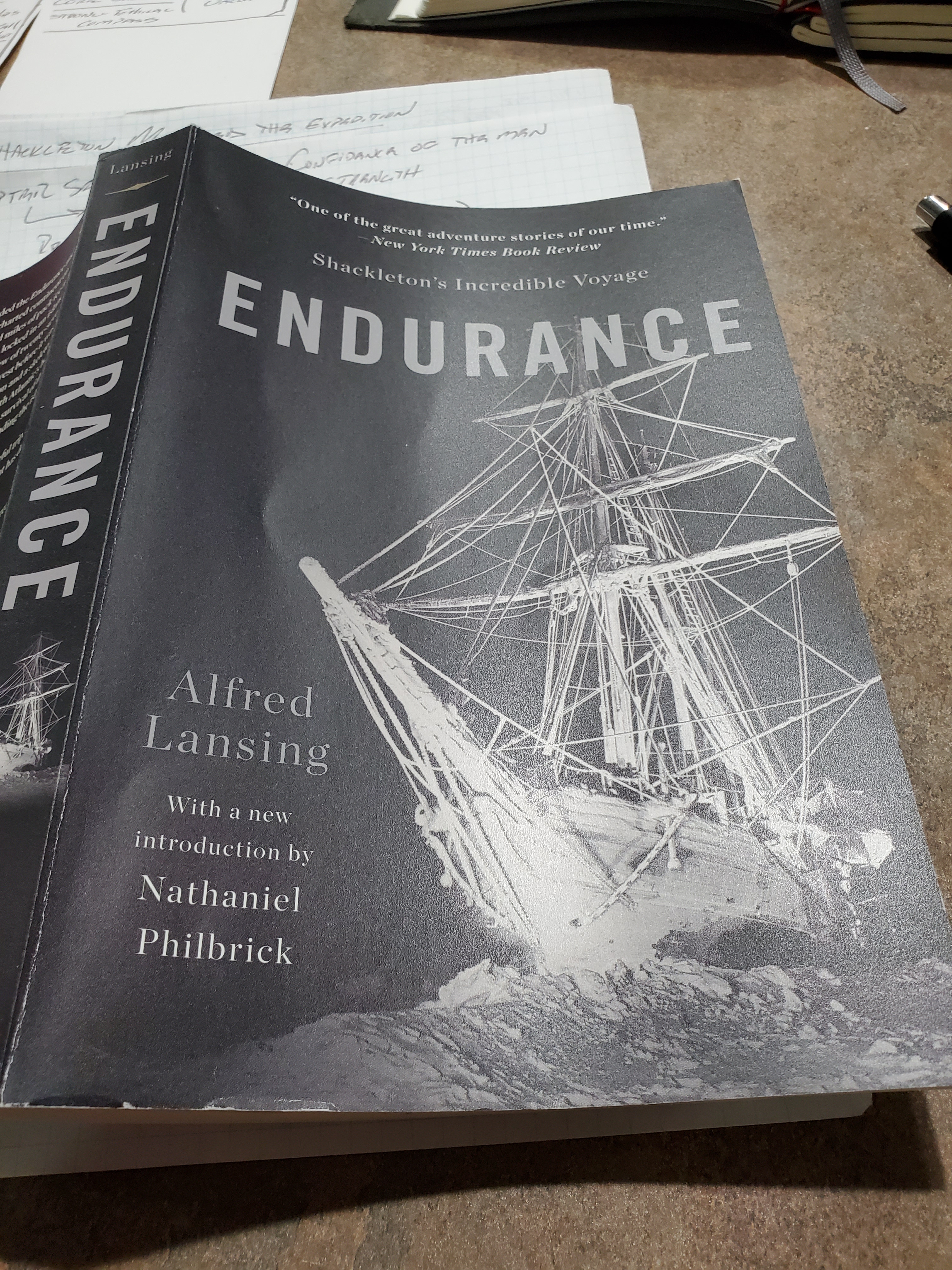 WRITTEN BY: ALFRED LANSING (1921-1975) was a native of Chicago. After serving more than five years in the Navy, he enrolled at Northwestern University, where he studied journalism. Until 1949 he edited a weekly newspaper in Illinois, later joined the United Press, and eventually became a freelance writer.

HISTORY: In August 1914, polar explorer Ernest Shackleton boarded for Endurance and set sail for Antarctica, where he planned to cross the last uncharted continent on foot. In January 1915, after battling its way through a thousand miles of pack ice and only a day's short of its destination, the Endurance became locked in an island of ice. Thus began the legendary ordeal of Shackleton and his crew of twenty-seven men.

For ten months the ice-moored Endurance drifted northwest before it was finally crushed between two ice floes. With no options left, Shackleton and a skeleton crew attempted a near-impossible journey over 850 miles of the South Atlantic's heaviest seas to the closest outpost of civilization! Their survival, and the survival of the men they left behind, depended on their small lifeboat successfully finding the island of South Georgia - a tiny dot of land in a vast and hostile ocean.

In Endurance, the definitive account of Ernest Shackleton's fateful trip, Alfred Lansing brilliantly narrates the harrowiing and miraculous voyage that has defined heroism for the modern age.

"One of the most gripping, suspenseful, intense stories anyone will every read!" ~ Chicago Tribune "Riveting!"  ~ New York Times "Without a doubt this painstakingly written authentic adventure story will rank as one of the classic tales of the heroic age of exploration!" ~ Christian Science Monitor

BOOK: Basic Books - A Member of the Perseus Books Group

*Each chapter review will contain the "HIGHLIGHTS" or significant comments contained in that chapter!

- It has been over (50) years since the publication of this book!

- The Book was inspired by "DELIHAH" ~ Marcus Goodrich

- Lansing's 'Endurance' is recgonized as the DEFINITIVE ACCOUNT of Ernest Shackleton's doomed attempt to cross the Antartic Continent on foot!

- Sailing the forbidden DRAKE PASSAGE is one of the STORMIEST pieces of open water on the PLANET!!

- Shackleton displayed the skills that have earned him a will deserved reputation as one of the GREATEST LEADERS OF ALL TIME!! #GOAT

- Alfred Lansing on the how and why of the books approach: It was his hope to recount the events of the expdition "from the same point of view as you people yourselves had - without herioism or tears or lunatics wildly embracing rocks, and so forth. The end result...will be much greater if the reader comes to feel the truth of the situation, that you people were not supermen, defying danger with grim abandon or some such foolishness. Instead, I think, you were all really quite mortal men who found yourselves in rather extraordinary circumstances."

* "THE CAPTAIN" "I can attest to the fact that Lansing writes this book TOTALLY from the perspective of Shackleton and his crew. The DAILY STRUGGLE this team endured was nothing short of INCREDIBLE!"

- FINAL OPENING REMARKS: "Few men have borne the responsiblity Shackleton did at that moment!"

- It was 1915, and without a RADIO TRANSMITTER to broadcast and SOS, and with an ever-escalating war in Europe demanding the world's attention - THEY WERE ON THEIR OWN!

- "Thus, their PLIGHT was naked and terrifying in it's simplicity. If they were to get out - THEY HAD TO GET THEMSELVES OUT!"

Chicago Yacht Guru is Anchored locally in Chicago!
But make NO MISTAKE! We have a very Global Presence!