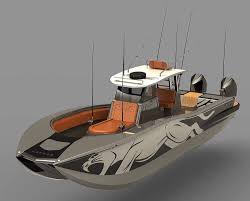 The 55 is slated to become Jaguar's first yacht powered with Mercury's latest Verado 600 V12 Engines, which will provide the backbone necessary for a top speed in the 75 mph range. The 55 will also be available with quad Mercury 300R engines.
According to John Clarke, president of Jaguar Powerboats, “Hull number one of the 55 Special is nearing completion and will soon be tested at Mercury’s Lake X facility. With the 600s, we’re expecting a top speed of 75 mph—in a boat that offers all the amenities and luxury one would expect in a world-class yacht.”
Read more about this new concept!

Chicago Yacht Guru is Anchored locally in Chicago!
But make NO MISTAKE! We have a very Global Presence!